A History of Excellence

A look back at what made the course what it is today.

Hannastown Golf Club was established by Thomas S. Jamison and the Jamison Coal Company. In the early 1900s, Mr. Jamison was a member of Oakmont Country Club and wanted to have his own private course closer to where he lived and did business in central Westmoreland County. Mr. Jamison secured the services of Emil “Dutch” Loeffler, then course superintendent at Oakmont, to design the layout of Hannastown. The original plans included an 18-hole layout, but only nine holes were constructed and opened for play in 1919. Limited memberships were available.

Throughout its history, Hannastown was noted for its well-manicured conditions and fast greens, a tradition that continues today. In the mid-1930s, the club struggled financially as the country was in the grips of the Great Depression, and membership totals dropped to around 50 members. The Club actually shut down for a year in order to control expenses.

In 1974, the Jamison family decided to sell Hannastown. A group of members, headed by Edwin Truxal, organized and energized the membership to band together to purchase the Club. In 1975, the membership officially took control and full ownership of Hannastown.

Nearly 20 years after taking ownership, an Expansion Committee was formed to research the feasibility and practicality of expanding the layout to 18 holes. After a year of diligent research, the Committee recommended expanding the layout and the membership overwhelmingly approved the initiative in February 1997. The original nine holes were built on 48 acres and the “new nine” was constructed on 73 unused acres.

The course designers were charged with developing an additional nine holes that would complement and integrate well with the existing layout. None of the original holes were to be significantly impacted by the new holes and play continued during construction. Work began on the new holes in June 1997 and was essentially completed in late summer 1998. The new nine and the original nine were intertwined in the new routing of holes in order to have hole #9 green and hole #10 tee close to the clubhouse so golfers could refresh themselves while “making the turn.” On the current front nine holes 1, 2 and 9 are original holes, while original holes on the back nine are 10, 11, 12, 16, 17 and 18. The 18-hole layout officially opened in May 1999.

As part of the golf course expansion project, the clubhouse also underwent a major renovation. The lounge area and the Pro Shop were expanded inside and a new roof and siding were added to the exterior of the building. The famous “pop” machines that help quench the thirst of many members over the years were replaced with a full-service bar. The majority of clubhouse renovations were completed by member volunteers who donated both time and materials for the project.

In early 2008, members of the Board along with the Club’s House Committee decided to again update and modernize the lounge and the Pro Shop. Updates to the Pro Shop included relocating the main counter to a more prominent location, adding new equipment and merchandise displays and adding an HD TV. Updates to the lounge included replacing the old bar, purchasing and installing new HD TVs, and repainting the interior of the facility.

Once again, the entire project was completed at no cost to the Club, but through the generosity and commitment of a core group of devoted members who unselfishly contributed their time and money to support the Club.

Hannastown’s good relationship with neighboring St. Emma’s Monastery enabled the Club to add a full-length practice range as an added amenity to the golf facilities. Planning began in 2015 to add the range and a 10-year lease was signed with St. Emma’s in July of 2017. The range, which is adjacent to hole #5, opened in the spring of 2018.

In 2021, the Club contracted with Aspen Corporation, a full-service and nationally recognized golf course construction company, for the completion of a full sand bunker renovation project. The effort was undertaken in order to enhance the member experience and attract new members to join Hannastown.

Current membership totals, when considering all membership classification, is more than 400 people, indicating a healthy membership in a highly competitive golf market.

Our vision is to be the golf club of choice for members who want a great golf experience and a high-quality family atmosphere.

Our mission is to provide members, guests, and their families with exceptional golfing facilities and casual dining. We will foster a culture of excellence based on Hannastown’s traditions and fiscal responsibility, and we pledge to provide incredible value for our members and prospective members. 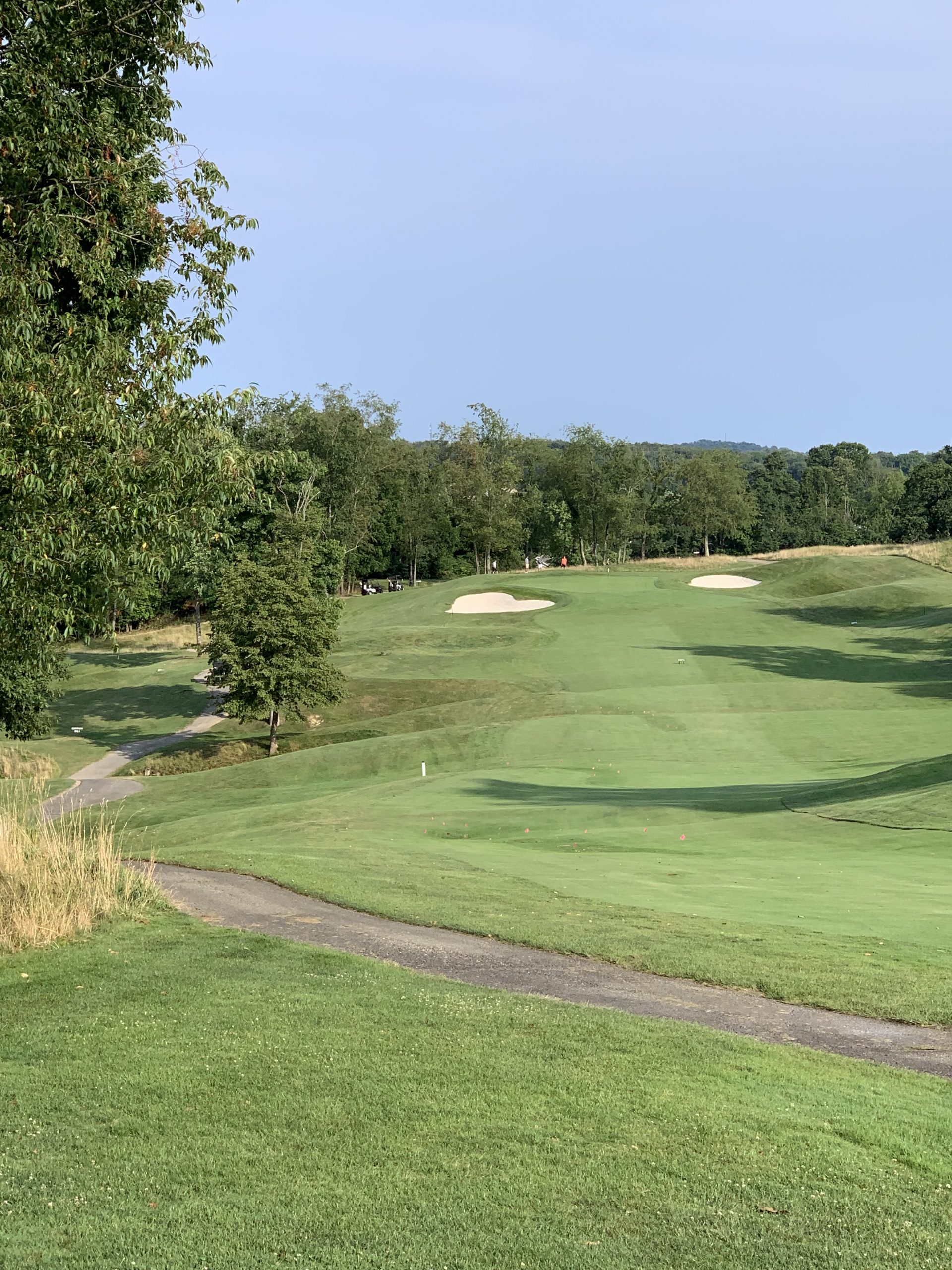 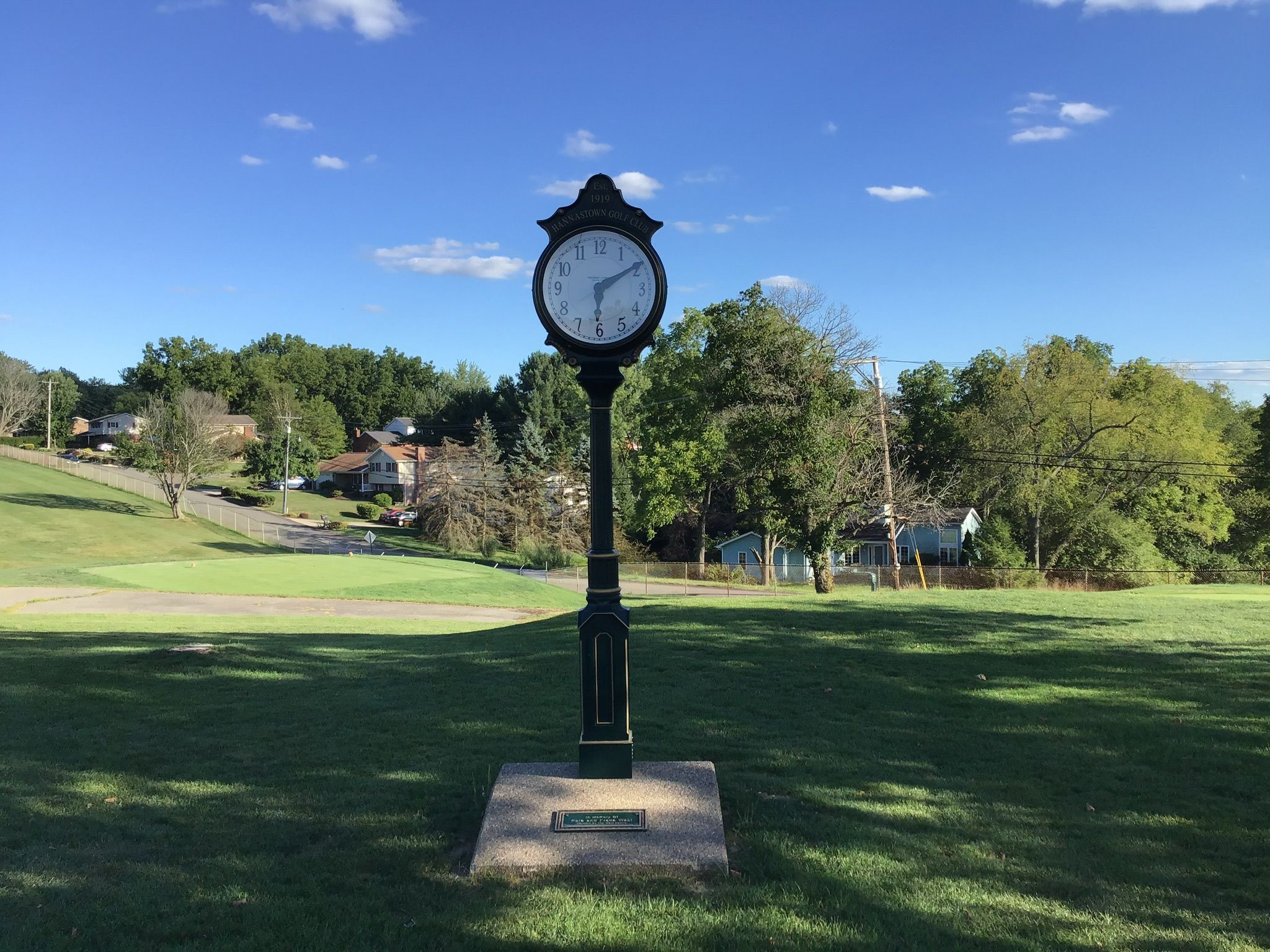